Don’t worry if you are looking for blinds in Dubai? Let’s first introduce you about blinds Dubai. Several long horizontal or vertical slats of various types of hard material, including wood, plastic, or metal which are held together by cords that run through the blind slats. Window blinds can be maneuvered with either a manual or remote control by rotating them from an open position, with slats spaced out, to a closed position where slats overlap and block out most of the light. There are also several types of window coverings, called shades that use a single piece of soft material instead of slats.

The term window blinds Dubai can also be used to describe window coverings generically—in this context window blinds include almost every type of window covering, i.e. shutters, roller blinds, cellular shades (also called honeycomb shades), wood blinds (also called 2-inch horizontals), Roman blinds and standard vertical and horizontal blinds (also called Venetians). In the United Kingdom, awnings are sometimes called blinds or shades. The most common window blinds are Persian blinds, which consist of many horizontal slats, usually of metal or vinyl, connected with a string such that they can be rotated to allow light to pass between the slats, rotated up to about 170 degrees to hide the light, or pulled up so that the entire window is clear.

Vertical blinds consist of slats of stiffened fabric, plastic, or metal hanging by one end from a track; like the horizontal versions, the slats can be rotated 90 degrees to allow light to pass through or to fold up on one side of a door or window. Vertical blinds are very good at controlling how much natural or exterior light comes into a room, due to the ability of the slats to close tightly.

Variety of Blinds in Stock 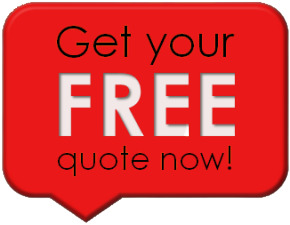